This is an amazing trip to Agra by fast Gatimaan Express Train from New Delhi. This is a perfect way to do same day Agra tour including transfers, city tour of Agra, buffet lunch at five star hotel during the tour etc. Tour does not operate on Friday as Taj Mahal is closed on Friday. Please find below the details tour itinerary for a day trip to Agra by train. 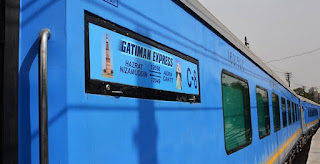 You will be picked up from your hotel/residence in Delhi or NCR and transferred to Hazrat Nizamuddin Railway Station to board Gatimaan Express train to Agra. Pick up time is flexible depending upon where you hotel or residence is located.

08:10 Hrs
Train departs From Hazarat Nizamuddin railway station. Breakfast will be served in the train. 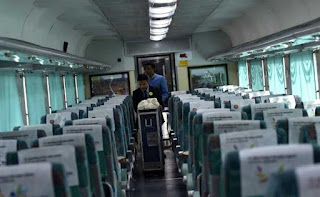 09:50 Hrs
Train arrives at Agra railway station. Upon arrival in Agra, you are met with company’s representative and introduction of Guide. Later proceed towards the guided city tour of Agra starts.

The eighth wonder of the world, is the mausoleum of the Mumtaz Mahal and also one of the great architectural marvels in the world. An ideal epitome of love and dedication, the Taj Mahal was built by the fifth Mughal Emperor, Shahjahan in 1630 after the death of his beloved Mumtaz Mahal while delivering the child. It is quite unique as it is the only shrine in the world that has created a hallmark in the whole world. Taj Mahal leaves the tourists coming to Agra spellbound. In 1612, the marriage of Shahjahan and Mumtaz Mahal took place. She conceived fourteen children and while giving birth to the fifteenth child she took her last breath. By the hard labour of twenty thousand workers, the Taj Mahal was built in 22 years. 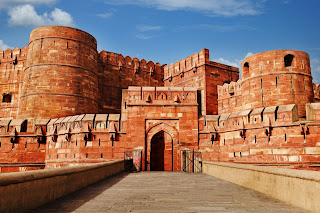 Visiting Agra Fort:
The Red Fort in Agra stands on the banks of the river Yamuna making itself quite dominant in the whole area. It was designed and built by Akbar in 1565.A.D., the Agra Fort is fortified by a 70-foot high wall. Within the precincts of Agra Red Fort is the beautiful Pearl Mosque and numerous palaces including the Jahangiri Mahal, Diwan-i-Am, Moti Masjid and Diwan-i-Khas. The fort is safeguarded by four gates and is enclosed by a double barricaded wall of red sandstone.

13:00 Hrs
Buffet Lunch will be provided at Hotel ITC Mughal. 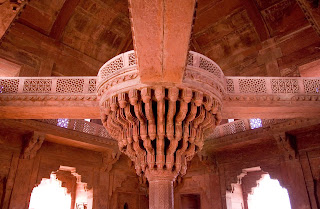 Later proceed towards Fatehpursikri an excursion site.Situated 40 km from Agra, the city of Fatehpur Sikri is an imperial city built by the Mughal Emperor Akbar between 1571 and 1584. The srchitectural grandeur of this deserted city cannot be described in words and one can only experience the aura of its magnificent edifices by seeing them. If you are looking for something that symbolizes the grandeur of the Mughals, Fatehpur Sikri is a must-see during your Taj Mahal tour in Agra.

16:00 hrs
Later way back to Agra railway station, explore the city's markets, shops and culture at your own as you will get plenty of time to hang around. 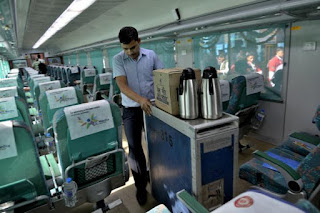 17:00 Hrs
Drop in at Agra Cantt Railway Station to board on Gatimaan Express train to Delhi.

17:50 Hrs
Gatimaan Express train departs from Agra railway station. Dinner will be served in the train. 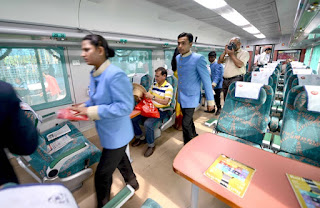 19:30 Hrs
Gatimaan Express Train arrives Hazarat railway station.Upon arrival Pick up from Railway Station and transferred to your hotel/residence in Delhi or NCR.

Cost for above program: US$ 80 Per person (Minimum 02 Person required to enjoy this rate)

Cost does not include:

Day trip to Agra includes the visit of UNESCO world heritage sites such as Taj Mahal, Agra Fort and Fatehpur Sikri. If any one likes this and join the tour. Please e-mail at info@spholidays.com or watch out for this link – Same Day Agra Tour.

To know about monument fee structures for Indian and foreign national. Please go to this link. Monument Details


Agra was once the erstwhile seat of Mughal Empire in sixteenth Century that is  now a city of Taj Mahal located 200 km south of national capital of India, New Delhi. Agra is the most visited city in Uttara Pradesh due to Taj Mahal is located here, which is world’s most attractive marble building built by Mughal Emperor Shah Jahan with the help of 20000 workers labored for 22 years to complete the mausoleum. Taj Mahal is often referred as Symbol of Love or Epitome of Love because Emperor Shah Johan built Taj in the memory of his wife late Mumtaj that reflects the love Emperor had for his wife. 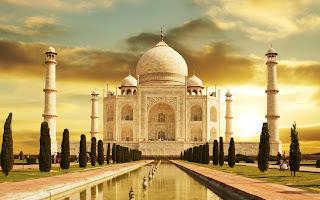 Agra is home to three UNESCO world heritage sites namely Taj Mahal, Agra Fort and Fatehpur Sikri. Taj Mahal is prime attraction in North India and also crowned as one of the Seven Wonders of the World. In Agra, one can enjoy piece of Mughal architecture and craftsmanship in monuments like Taj Mahal, Agra Fort, Sikandara and Fatehpur Sikri. Agra attracts millions of tourists every year due to having such monuments with great history behind them.

Agra has beautiful markets dotted with marble factories and carpet shops that keep the travelers mesmerized. Hotels are easily available in Agra ranging from budget to five stars. Agra city is considered in every tour itinerary of India whether for first time travelers or repeaters.

Coming on to architecture of Taj Mahal, Pietra dura had been extensively used as decorative patterns into the marble of Taj. The Florentine technique of Pietra dura is said to have been imported from Italy and later developed in Agra as Pachikari. Minute silvers of precious and semi-precious stones such as carnelian, turquoise and malachite were arranged in floral designs into the marble base. Emperor Shah Jahan called upon artisans and architects from different parts of the world and asked them to share their ideas of making this wonders a possible.

Arranging semi precious stones with the help of mysterious glue after carving on the best of marble is a rare art. There was no mentioning of artisans in the history who contributed their skills to make it possible. Some artisans from nearby villages can still be seen working to save their ancestral art from the danger. Few artisans are left who know this art can be found working in same passion at various marble factories in Agra.

Taj Mahal tour from Delhi is very popular now days as it covers all attractions of Agra in a day and also leaving some time out for hanging out the market as well. Traveler’s first choice to get Agra is by fast trains from Delhi that reaches Agra in 2 hours. Since Yamunna Expressway has been opened for public, traveling by road has become trend to visit Agra in a day trip. Same day Agra tour from Delhi is enjoyed by visitors like never before. Agra tour can be clubbed with nearby Bharatpur bird sanctuary which is a paradise for bird watchers.
Posted by My Travel Blog at 03:25 24 comments:

Things to do - On Agra Day Tour


Agra was once the imperial seat of Mughal Empire under the reign of great Emperors like Akbar, Shah Jahan between 15th to 16th centuries. Agra comes under the state of Uttarpradesh at a distance of 200 km south of the capital city of India, New Delhi. Agra has seen the best of Mughal era as it has given Agra the world’s most beautiful marble building Taj Mahal. The legacy of Mughals and their love for art is truly shown on buildings like Redfort and Fatehpur Sikri in Agra. Agra is blessed with three UNESCO world heritage sites such as Taj Mahal, Agra Fort and Fatehpur Sikiri. Taj Mahal is flocked by thousands of visitors every day. There are many things to do while on city tour of Agra.

Visit to the monuments of Agra:

Once landed, first thing comes in mind that is to visit Taj Mahal in Agra. It is a prime attraction of all as it is an epitome of love and often called as symbol of love. Taj Mahal is not just a symbolic monument but also a wonder itself when it comes to the making of this marble mausoleum. What amazes tourist the most, the history and an engineering work behind the structure of Taj Mahal. 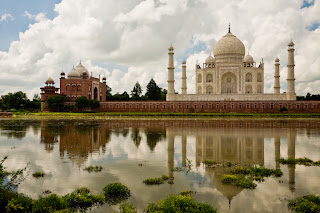 The construction of Taj Mahal was ordered by Mughal emperor Shah Jahan in 1631, completed the structure in 22 years with the help of 20,000 worker. People visit and admire an extraordinary engineering work dates back in 16th century without any modern or sophisticated machine that time. It gets you indulged at least for half a day when go to see Taj. Here, we would like to focus on other aspects besides visiting prime attractions.

Visit to the marble factories:

Agra is a cultural city and home to many small industries in and around the city. Visit to the marble factories in Agra is an experience itself, where skilled artisans come from nearby villages can be seen working hard to prevent an ancestral art of inlay work on marble. 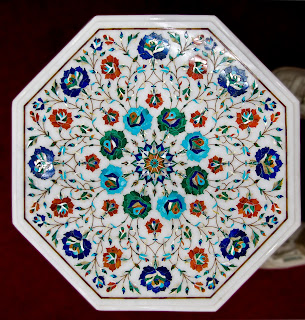 Detailed process of making the marble items from cutting, carving and using semi precious stones to the finished masterpiece on the best of marble can also be seen. A wide range of marble masterpieces such as marble tables, replica of Taj etc are good souvenirs to take home for loved ones.

Visit to the carpet factories:

Visiting carpet factories are also a good experience in Agra. The process of making carpets traditionally is undoubtedly a rare art by the skilled workers. 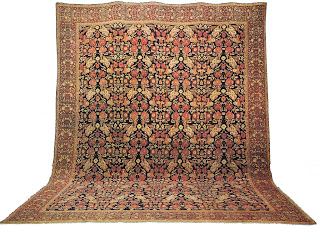 One has to learn this ancestral art of weaving the carpet from their forefathers and to keep this art form alive, teach their children the same art. One can get quality carpets of all size and colours in Agra.

Buying leather items in Agra such as shoos, belts, begs is a shopping delight. There are many small leather factories in and around Agra, which manufactures such items.

Buying handicraft items is a boost for artisans who indulge in preventing rare art forms of making products in Agra. It can also help keeping these rare art forms alive that are certainly an asset to the world.

One must go to see an astonishing show called “Mohabbat the Taj” at Kalakriti art gallery in Agra. It is an impressive show where an amazing replica of Taj being shown in different shades and colours. Handicraft mall can also be explored here while touring Kalakriti that is showcasing an excelled Indian handicrafts ranging from masterpiece of marble, metal, wood & threads leave any connoisseur spellbound.

Those were highlights of things to do on same day Agra tour. If time permits, explore the city of Taj at your own would be fun.

My Travel Blog
My name is Pradeep Kala. I am a professional travel blogger and travel enthusiast. I have been in the tourism industry for the last 20 years and I know all pros & cons of the industry, been there and done that. I have grown over the years to be a leading travel blogger & consultant. I write useful travel blogs for the people and try to add value to their travel plans. I also write about useful travel tips & suggestions for travelers in my blogs. As a travel blogger, I am committed to providing quality travel blogs for both international and domestic travelers. Cheers!!